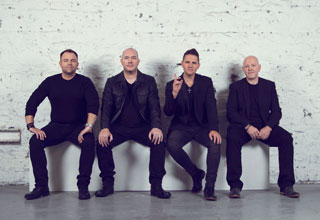 The Royal Theatre Castlebar presents The High Kings on 1st January.
The High Kings are Finbarr Clancy, Darren Holden, Brian Dunphy and newest member Paul O’ Brien. The High Kings formed in June 2007 when Brian, Darren, Finbarr and former member Martin Furey were asked to join a brand-new Irish ballad group by David Kavanagh after he had noticed a gap in the market for a band specialising in traditional Irish music.
It didn’t take long for them to realise that the way their four unique voices blended together was the start of something special. Venues sold out quickly, not only in Ireland and America, but in Germany, the UK, and other European countries as well. People loved what they were doing - bringing a new take on the traditional Irish ballads to audiences of multiple generations.
Fifteen years on, The High Kings continue to set the bar extremely high for Irish folk bands across the world and are widely regarded to be the standard bearer for the genre, still selling out venues around the world to an ever growing army of loyal fans. Long may they reign!
Doors at 7:00pm Show at 8:00 pm TICKETS €38.05(plus fee) are available at Ticketmaster.ie