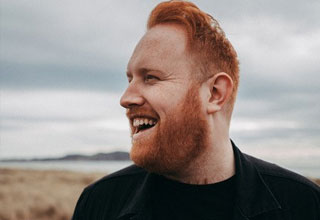 Gavin James will play The Royal Theatre Castlebar on December 30th Next.
With Over Two Million Singles Sold, 1.5 Million Streams and a Platinum Selling Albums.
The last 4 years have been a blast for Gavin James, but it's only the beginning for the toweringly-tall, down-to-earth Dubliner whose heavenly voice, heart-warming, spine-tingling songs and habit of jumping in to audiences to start sing-alongs has won him an army of fans around the world. These past years have been non-stop for James with tours across the globe, including his own sold out world tour, as well as supporting Naill Horan, Ed Sheeran, Sam Smith along the way.
One of the most genuine and humble artists in music, Gavin released his sophomore album 'Only Ticket Home' (October 26th 2018). His total streams are rapidly heading toward the Two Billion Mark and rising, making him one of the most successful streamed acts in the world.